When placing an actor on the scene how do you make it face the opposite direction BEFORE the set plays?

Click on the “gear” icon on the top-left of the actor in the actor list. In the popup dialog, select the “Advanced” tab. Make sure the “Flip Horizontally” option has been selected.

Now go back to the code area. There will be a triangle icon next to the actor’s name (on the code area where you drag the blocks). Clicking it will display the actors x and y positions as well as the actor’s direction. Enter -90 into the field to make sure the actor is facing left.

@kchong- She’s working with a Pre-programmed actor in the Tynker Media Library. I tried “flipping horizontally” with characters made in Character Builder, and I can’t seem to get it to work. Thoughts? This must be new, because in the past Flip Horizontally use to be in the Editor. 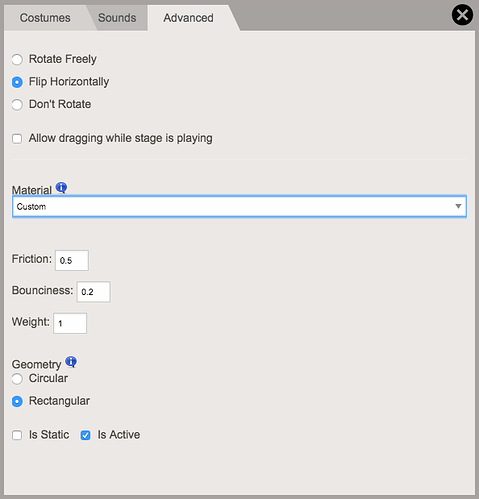 The above dialog box just sets the actor rotation style. It does not turn the actor. You can setup the actor to point to the left, for example, using this code:

I created a great walk-through of this to help you flip your actors. Please watch! 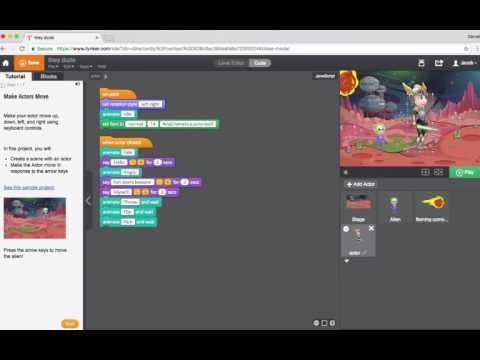 I never said thanks for the video tutorial! It was awesome!